“The systems weren’t built by us, for us. And so we’re rebuilding something that is really healthy for everyone involved. The planet, people, the businesses, shareholders — everyone.”

Catch up with Patrice Mousseau of Coralus Venture Satya Organic Skin Care as we celebrate 5 years of being in community together. Patrice joins Venture Development Guide Loren Walsh to share why she started Satya, stories from her time as a Coralus Venture, and reflections on being part of the perpetual loan model + legacy.

We invite you to Activate today to help fund, vote for, and support Coralus Ventures who are working on the World’s To-Do List.

Take action and engage with Satya:

Connect with Loren on LinkedIn.

Don’t miss an episode! Subscribe to the Ripples of Radical Generosity Podcast.

The podcast is being transcribed by Otter.ai. (there may be errors, run-on sentences and misspellings).

Patrice Mousseau 0:00
The systems weren’t built by us, for us. And so we’re rebuilding something that is really healthy for everyone involved. The planet people, the businesses, shareholders, everyone.

Danielle Cadhit 0:14
Welcome to the Ripples of Radical Generosity podcast by Coralus, a global community of women and non-binary people making real progress on the World’s To-Do List. Together, we’re transforming the world to become more equitable and sustainable.

Patrice Mousseau 0:33
This is Loren Walsh, Venture Development Guide with Coralus. And I’m very excited to be here today speaking with Patrice Mousseau, who is the founder of Satya, one of our Coralus Ventures. And we’ve got a couple of questions to ask you today, Patrice. But I’m going to hand it over to you to introduce your company. Thank you for being here today with us.

Patrice Mousseau 0:53
Hello, my friend, hello, Loren. Loren was my person. When I first started with Coralus, we were the second venture in second group of ventures, I have a Canadian company, that we make a natural alternative to steroids for people who suffer from skin conditions like eczema and psoriasis, those sorts of things, bug bites, and all sorts of rash and irritation, because my daughter had it. So I started in my kitchen crock pot. And now we’re in hundreds and hundreds of stores across Canada and exporting into like three other countries. And yeah, we grew from very humble means with a very specific need, which was, you know, for me, as a mom, I wanted to help my daughter. Now I didn’t come from a background of business, I in fact, was a journalist before this. So I was good at research, but I didn’t know anything about business, or I was a single mom, I am a single mom. And so I didn’t have any capital, I didn’t have any thing that I could get, you know, a loan against anything like that. And SheEO was my launchpad, my comfort, my family, my everything really, it helped me so much. And getting that initial loan was instrumental. And even more so was the community around SheEO, as well. So that’s a little bit about who we are.

Patrice Mousseau 2:19
Thanks, Patrice. So this is a very seminal moment for you. Because not only is your venture taking off, but also you have successfully paid back the original loan. And so congratulations on that. And we’re going to talk a little bit about the ongoing fund and how powerful that is not only but I’m going to start with during the the past five years that you’ve been repaying the loan to Coralus, how has being part of this community and ecosystem actually impacted your trajectory?

Patrice Mousseau 2:48
being a part of Coralus/SheEO. I mean, I wouldn’t have a business I have today without it. I wouldn’t have the support that I have today. Without it. I mean, there are people that I talked to, from my cohort any other years of cohorts on a weekly basis. And it’s been years since I first did this, in fact, I was just talking to Vicki yesterday, these are relationships that I lean on, and I’m you know, a part of a part of a family. Because, you know, obviously entrepreneurship is very isolating. And we really need to have that support in order to be successful, which is what I got from SheEO/Coralus.

Patrice Mousseau 3:29
In terms of that support. I mean, I think this would include fair to say maybe support and go to market in connecting with potential routes to market and some PR marketing.

Patrice Mousseau 3:43
Absolutely. I mean, Coralus has always had my back. Coralus, you know, provides introductions to amazing people that would never have had the opportunity to meet before, new business relationships, also changing mindset, knowing that, you know, business do not have to be done the way that it had been done in the past. And seeing it in practice with other ventures and how I can, you know, make sure that I’m running a business in line with my values, versus what was always been the perceived values of business, which is basically just to make a buck, right? That’s not what Satya is about. That’s not what Coralus is about, or any of the ventures involved. So it’s just been, it’s a transformative experience.

Patrice Mousseau 4:24
And interestingly, as your funds were paid back, the money is actually reinvested into the Coralus fund, and loaned out again to new ventures, which is, I think, a very unique model. And so being part of this legacy, you know, what kind of feelings come up around knowing that the funds are now and have been over the last five years, loaned out to other ventures at a 3% interest rate, which is very affordable and can make a huge difference for the ventures, especially from a bridge loan perspective.

Patrice Mousseau 4:59
That’s super interesting, Loren, you know, I hadn’t even really thought of it before. I was just like paying back a loan. But you’re absolutely right. So what you’re doing is instead of money going back into someone’s profit pocket, the interest and what everything else, it’s actually going to nurture these other businesses, which is tremendous. So yeah, thanks for pointing that out. It’s awesome.

Patrice Mousseau 5:23
That’s, that’s what you’re contributing to this ecosystem, right, in addition to making the capital available for new ventures coming in.

Patrice Mousseau 5:31
Yeah, I’ve been paying my dues ever since the first year as well. I’m an Activator and I have been an Activator for years. Yeah. So that on top of that, which I’m very happy to do.

Patrice Mousseau 5:42
And tell us a little bit about that. Like, why do you feel that it’s important to be an Activator, as well as a venture within the within the portfolio of Coralus Ventures?

Patrice Mousseau 5:53
Well, you take from a system, you give back to a system, right? It has to be circular, it has to be something that’s self renewing. And so as you’re building things up, eventually we’ll get to a point where business will be able to just come to SheEO and go, This is my plan, and then they won’t have to go to a bank, or they won’t have to go to some venture capitalists who’s going to, you know, take advantage them. Like, this is an opportunity to really change the game for everyone involved. So yeah, I mean, putting in my $1,200 a year, $90 a month is well worth that as an opportunity. And you know, I may myself have the opportunity to use that money in the future. So it’s, it’s so little for so much, really.

Patrice Mousseau 6:39
That’s so well said. And it’s in many ways I’m hearing you say this is investing in the future, but also, in many ways, building a future that we all want to be part of.

Patrice Mousseau 6:50
Yeah, no, absolutely. This idea that you have to do business, the way that it’s always been done is such a ridiculous notion. The systems weren’t built by us, for us. And so we’re rebuilding something that is really healthy for everyone involved. The planet, people, you know, the businesses, the shareholders, everyone. Versus just very one sided benefits. So yeah.

Patrice Mousseau 7:16
And I had one final question to ask. I’m curious if you could share a moment or that’s really stayed with you, or connection, that you still have going today that this ecosystem has really brought to you.

Patrice Mousseau 7:30
Yeah, so I mean, I’m in contact with multiple people from different venture years. So the first year, you know, I have friends, Madeleine, and Suzanne, and, and Sonia, second year, was myself, and I’m in weekly contact with BE, you know, I’m talking to Jodi from Helgawear which the year after me, we’re just all together like, it’s wonderful.

Patrice Mousseau 7:56
Yeah, what I love about that, so much Patrice is, and I witnessed this every day as the development guide. The old adage of, of entrepreneurship is a lonely road just isn’t as relevant anymore with what opens up for you as an Activator and as a venture and with the Coralus is that it doesn’t have to be lonely. And you don’t have to learn always from mistakes, you can actually learn from the wisdom of other ventures. And then as well, have an extended family, which is very rare. In my experience, often entrepreneurs are pitted against each other. And I think it’s unusual to see that they actually create a supportive community over time to say nothing of the fact that it’s making funds available to you in perpetuity. Is there anything else you wanted to share? We’re gonna we’re gonna wrap up and just curious if if we’ve covered, you know, everything that you thought you might want to share today.

Patrice Mousseau 8:46
I just, I’m so glad. And I mean, it’s testament to the validity of this idea is how quickly it’s spread and how many countries it’s gone to, and how many lives that it’s changed. Certainly changed my life and the life of my daughter, and you know, many of the other people who have been involved so I will always be thankful to SheEO slash Coralus. Always, and I’ll always be a part of it as well.

Patrice Mousseau 9:16
Well, great to connect Patrice. Thanks so much for taking the time to share your thoughts and wisdom. And we look forward to just talking to you again soon.

Danielle Cadhit 9:28
Thank you for listening to the Ripples of Radical Generosity podcast. Let us know what you thought of the episode, and share this podcast with your friends. We invite you to join a global community of radically generous women and non-binary folks at www.coralus.world.

Share this post
PrevPreviousVentures in the News – August 19, 2022
NextVenture Update with BE Alink of The AlinkerNext
Recent Posts: 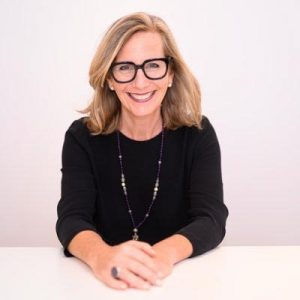 SheEO to Coralus: What’s Next?

“There are hundreds of people and now thousands of people who created the conditions for all of this to work. What I hadn’t done was 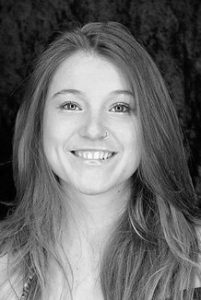